We at the blog have been utterly charmed by the bright and restful Amanchu!, new girl in town Futaba echoing our quiet wonder as she experiences her new home by the sea. There, she meets Hikari Kohinata. With her arresting self-confidence and unrestrainably bonkers joy, Hikari has been diving off the coast of that town since she was little, and her view of the sea being just as much her home is reflected in the warmth and comfort of J.C.Staff’s mellow animation. It called to our thoughts the other times we’ve been awed by the sea in anime, remembering how many of us on this isle that is the UK feel its familiar pull in the summer months. With that in mind, here’s our top 5 ocean-bound anime.

The tale of The Little Mermaid becomes bubbled with bizarre watercolour sorcery in this Miyazaki movie, when a goldfish named Brunhilde runs away from her overbearing techno-wizard father, and is then rescued from a glass jar by a human boy, Sosuke. When he takes her in and names her Ponyo, at first thinking her an ordinary fish, she discovers the sense of independence to match her adventurous nature, wishing to become a human girl and live on land with Sosuke and his mother. Growing from its fairytale outset into an exploration of true loyalty and family, Ponyo shows us the courage, disaster and ultimate joy in striking out to build your own future, defying tradition or the world’s dangers as personified by the ancient beauty and terrible potential of the sea. In search of the ultimate treasure, Monkey D. Luffy doesn’t have the time for fear or self-doubt. The only way he will achieve his dream of become King of the Pirates is by striving forward, regardless of the risks. He says it best himself: “If you don’t take risks, you can’t create a future.” Taking the classic swashbuckling adventure story and packing it up to the crow’s nest with curiosities, One Piece gives us one of the most strangely inspiring heroes in anime. Luffy, in all his ridiculous pluck and valour, draws people who are wanting in life to his side and out onto the open ocean. The waters are the blank canvas for a new life full of wondrous blundering, ships with souls, celebrity lookalikes and a mouse named Tyrannosaurus.

Gargantia on the Verdurous Planet 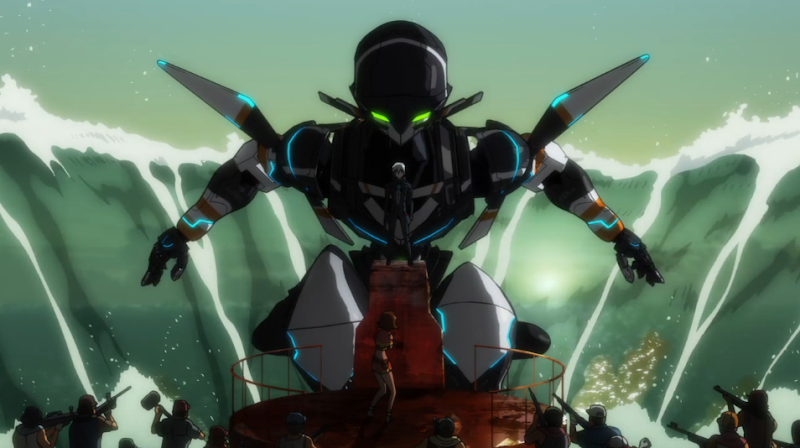 Isolated on Earth, now an ocean planet, is a fleet of ships inhabited by human scavengers, united with the rest of humanity only by the far-flung Galactic Alliance of Humankind. Meanwhile, among the stars of this distant future, the Alliance wage war against a many-tentacled alien threat, the Hideauze. Ensign Ledo, 16 years old and fully entrenched in the war, is spun into a black hole after an attempt to destroy an enemy super-weapon, and so he finds himself stranded aboard the Gargantia of the scavenger fleet. With no choice but to live shoulder to shoulder on this ship the size of a village, the strength of their community is tested as the outsider learns to integrate with his new life and neighbours. The sea their home and only means of survival after our world has long since drowned, it’s a new foundation on which to mount our determination to survive, and the hope for a united human race.

Nadia: The Secret of Blue Water 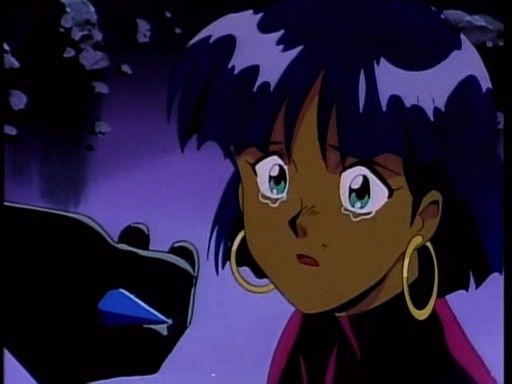 Nadia simply wants somewhere to belong and live in peace, as she finds herself being pursued for her precious gem and unfathomed birth right, the Blue Water. In her escape she finds herself repeatedly drawn back to the nurturing sea, and in its still waters, Captain Nemo’s submarine the Nautilus, each the very same as in Jules Verne’s novel Twenty Thousand Leagues Under the Sea. Even as she struggles against the Neo-Atlanteans with the help of her friend, the young inventor Jean, she must try to unravel the reasons behind their evil designs for her in particular. Through all of this, the sea and the Nautilus are her safe haven, the submarine’s crew providing the home and family she sorely lacks. The sea has healing magic; when you breathe in that salt spray and allow yourself to forget your life for a while, you can somehow come back to it with a fresh perspective. Caught adrift in a life spent moving for his grandmother’s work, it’s when Yuki discovers the pleasures of fishing with his equally outcast friends that he discovers a sense of purpose and belonging. In finding so many things at once that he doesn’t want to lose, that meditative act of casting the line gives him space to simply reflect, and forget the fear of forfeiting them all. Aspects of his life may change, but friendship’s become too strong to be swept away; like the sea itself, ever shifting but holding its ground.

Those are our favourite sea-faring anime, but what do you think? Cast off in the comments with your best series for getting in the summer spirit or just blowing away the cobwebs.

8 Comments on Beside the seaside: top 5 aquatic anime