The Batman Ninja anime film unveiled more of its bats in the belfry at Tokyo Comic Con today. Four of the film’s key cast were announced, alongside a theatrical release on the way for Japan. There was also a Japanese trailer, available English subbed, and a new visual revealed by Warner Bros. Japan and Warner Bros. Home Entertainment, so check them both out below. 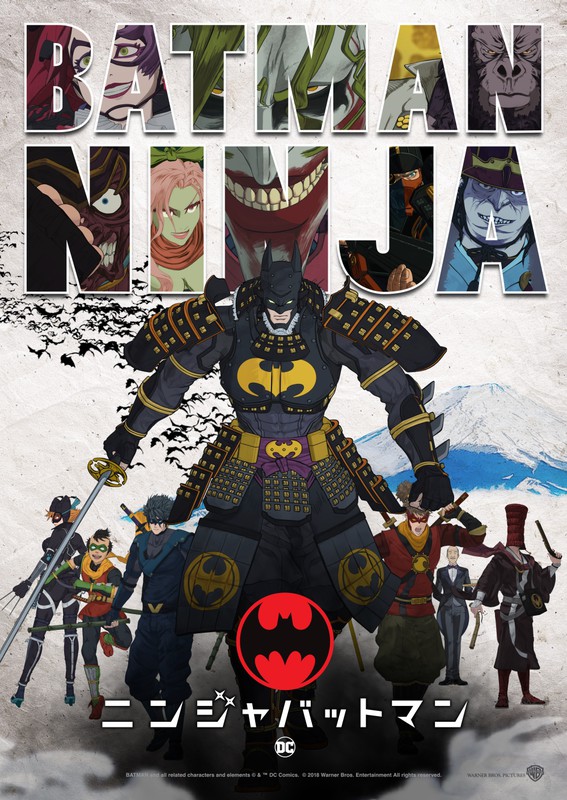 The project also brings on board English-language screenwriters Leo Chu and Eric Garcia, executive producers for the Afro Samurai series and Afro Samurai: Resurrection film. Yuugo Kanno of Psycho-Pass and JoJo’s Bizarre Adventure: Diamond is Unbreakable is composing music for the film.