The curiosity of the whole otaku domain has been piqued by this title, and now we know for certain when it’ll get its Japanese release. The anime film based on Yoru Sumino’s Let Me Eat Your Pancreas novel has revealed its theatrical opening date for early fall in 2018.

There’s also a new visual to feast your eyes on with this update, and a tagline which reads, “The distance between two people still has no name”. The novel tells of the distance and closeness between an unnamed protagonist and his terminally ill classmate Sakura, whose diary he finds in a hospital. He is the only one besides her family who knows she has pancreatic cancer. He vows to keep her condition a secret, and stay by her side in her last few months. 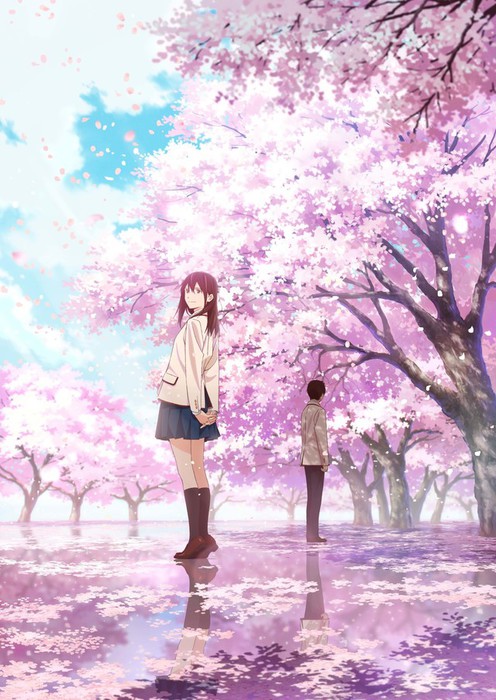 The novel first serialised online in 2014 has already inspired a live-action film and a manga adaptation. The film premiered in July 2017, starring Takumi Kitamura of pop-rock band DISH// alongside Minami Hamabe. Idumi Kirihara wrote the manga from August 2016 up to its ending on May 25th last year. We can only wonder what the anime will bring to the table, but it seems that it will be something stunning.